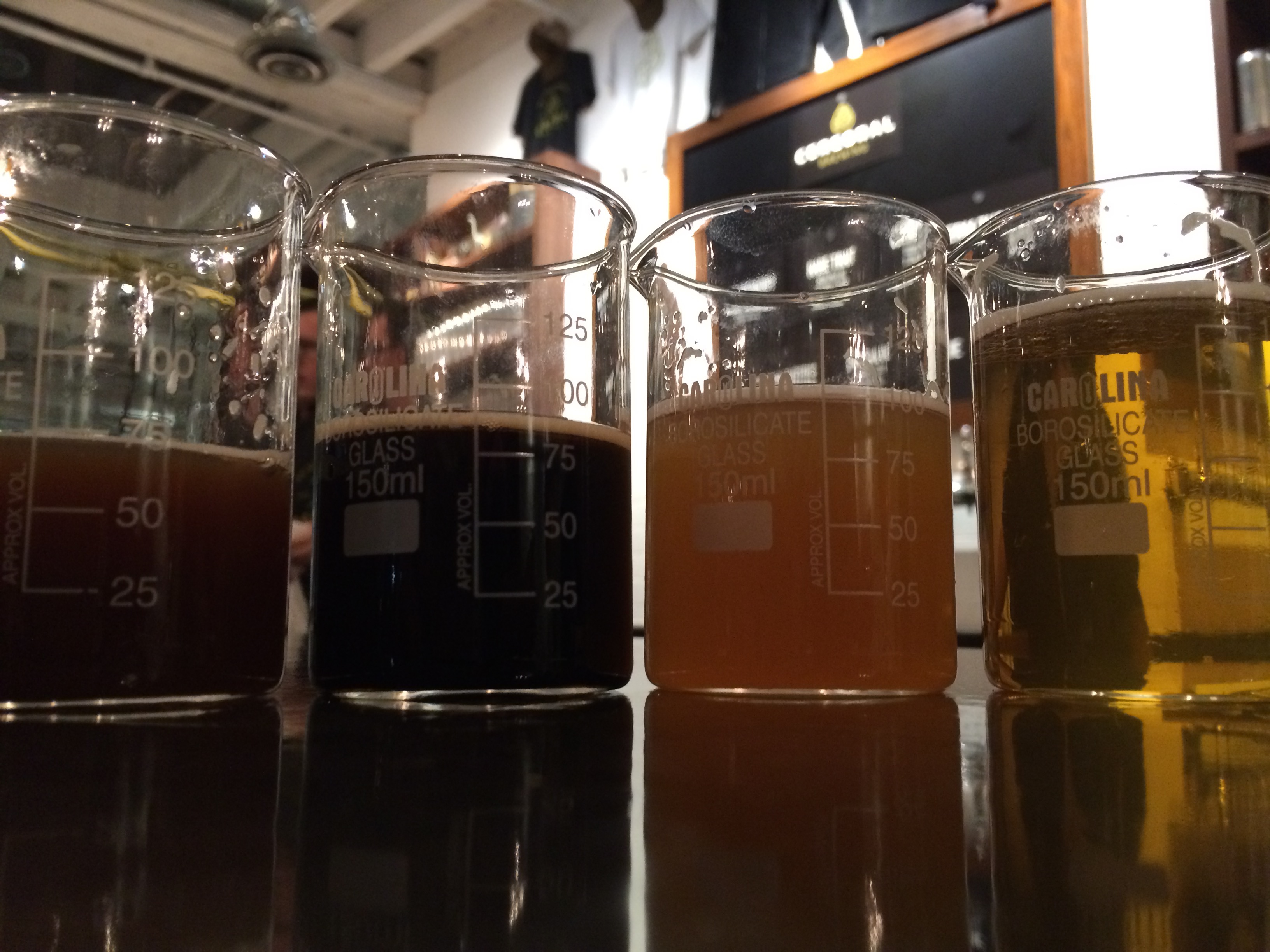 It’s not uncommon there’s a new brewery popping up in Denver, but I’m especially excited for Cerebral Brewing because it’s in my local neighborhood. Yes, that’s right, this could be dangerous. Why dangerous do you ask? Because their beers are well done!

All surprisingly delicious. I say surprisingly because I find that a brewery usually takes about 6 months to fall into their brewing system and recipes. But all of Cerebral’s brews were excellent and my favorites were the oatmeal milk stout with rich notes of chocolate, coffee and molasses – perfect for the start of the winter season. I also enjoyed the English brown ale with toasty oats and malts and a nice hop finish. The IPA is notable, which I always like an IPA with notes of grapefruit, orange, passionfruit and lime.

I especially enjoyed the open space – it will serve as a great neighborhood gathering spot. Oh and all their tasters are served in beakers!