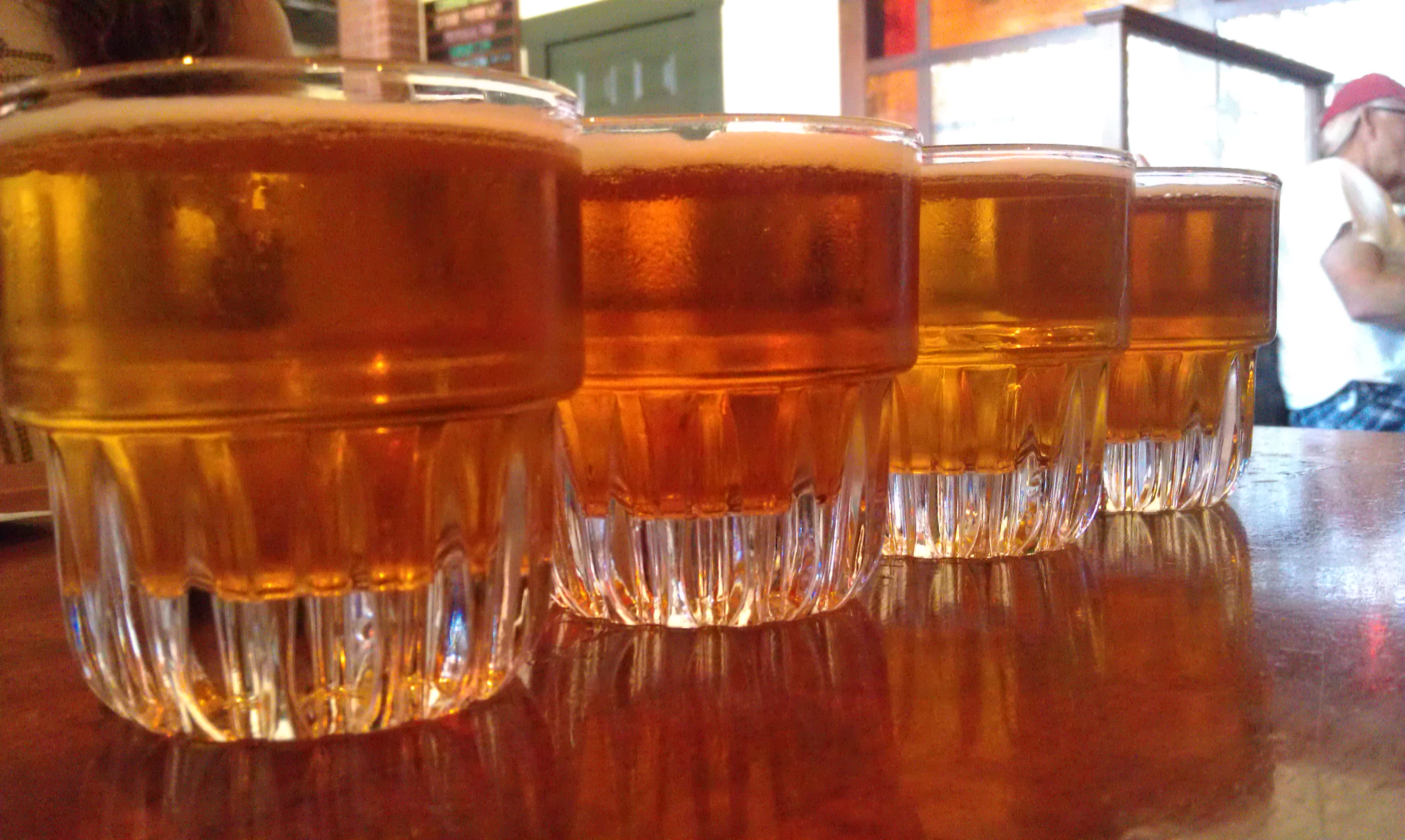 The dozens and dozens of times I’ve been to San Diego and Coronado Island, I had never made it to Coronado Brewing Company. I stopped by after watching a prone paddle board race. Even better, my best girlfriend loves IPAs as well, so we got a sampler of the IPAs Coronado had on tap.

We’ll start with their “Crown Series” that are around all year. Frog’s Breath IPA is 6.5% in ABV and 70 IBUs (international bitter units). It’s brewed with Centennial and Summit hops and full of citrus like lemon, lime and orange. Originally Frog’s Breath was a collaboration of two home brewers, and quickly became a favorite. It also pays tribute to the local military.

Then onto Idiot IPA which is also a regular on tap. It is 8.5% ABV with 90 IBUs!! Wowza! It’s brewed with a stupid amount of hops, including for four C’s – Cascade Centennial, Chinook and Columbus – in addition to Nugget hops with tropical notes.

Next is their seasonals, to start, Islander IPA at 7% ABV and 75 IBUs. Islander IPA is named after Coronado Island, their original IPA and their most prideful – Islander is full of Cascade, Chinook and Columbus hops, and has bursts of piney, apricot, mango and grapefruit. Can you imagine the shores of Coronado? And next…

Sock Knocker IPA ,8.4% and 90 IBUs. A really fantastic Imperial IPA that’ll literally knock your socks off! It did mine! Sock Knocker is made with 5 pounds of hops per barrel of Centennial, Chinook, Columbus, Simcoe and Amarillo hops. Lots of piney and citrus aromas.

Coronado has a really roomy area, patio, spacious booths and is a great place to have a few pints after hitting the beach. I’ll be back, and can’t believe I hadn’t been there before.