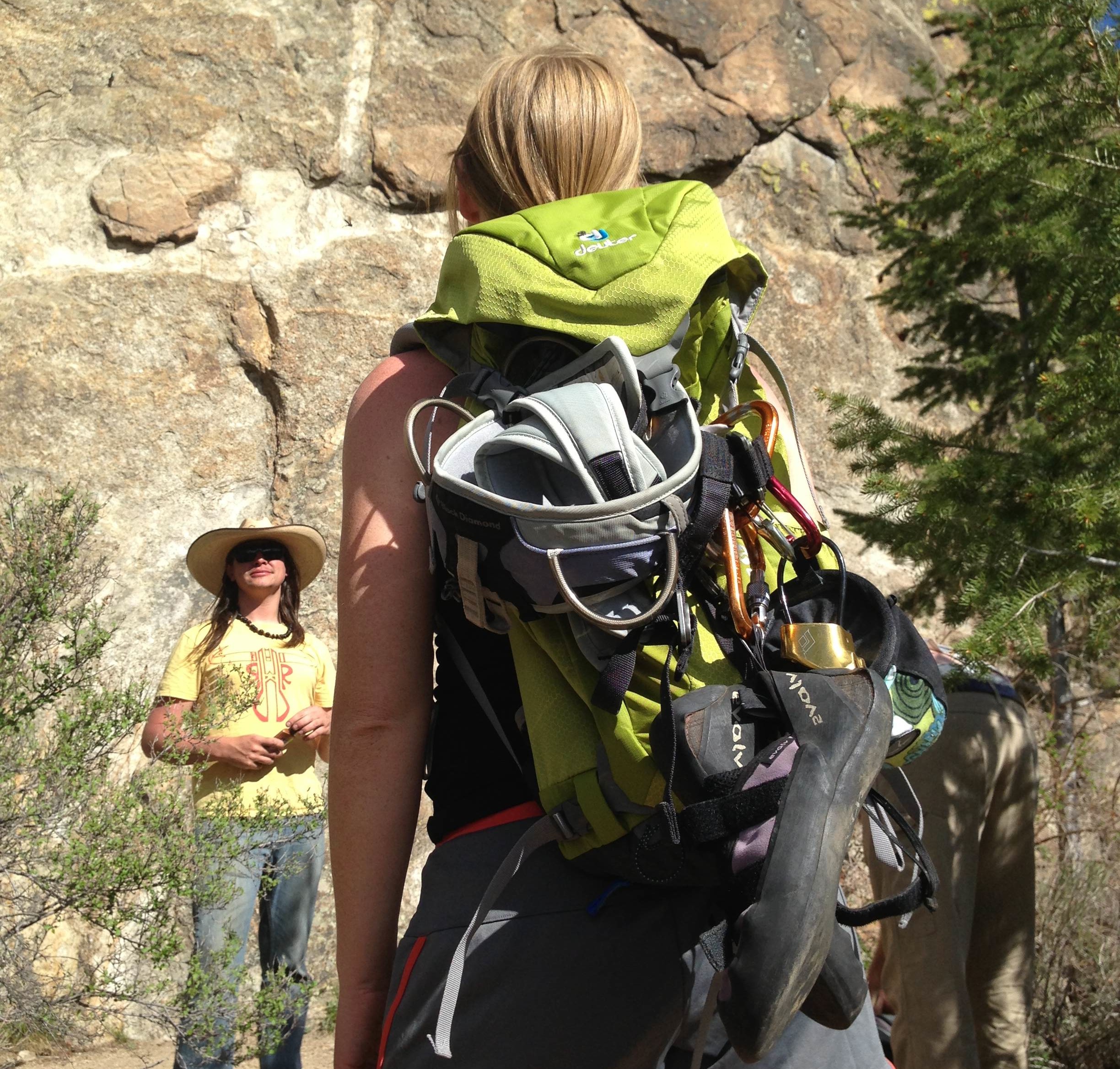 I am the epitome of an Active Junky – and require gear that will keep up with me and my activities. The Deuter ACT Trail 20 SL did just that. I’m a smaller build, but can pack gear into a bag. The flexible Delrin® Aircontact back system construction fits my back shape comfortably. I loaded watershoes, warm clothes and accessories for rafting. Following that, I packed in cams, carabiners, chalk bag and harness to send a 5.10b. Then, tested the ACT on the trail up a 14er. Two-way zip on the front allows direct access to well-buried items, even when the lid is closed (so awesome when you don’t want to stop to grab food or liner gloves), compression straps and anatomically formed 3D AirMesh shoulder straps with waist load transfer belt for all that gear. I really like the wet laundry compartment incase I get stuck in the rain or snow, but really love the ice axe and hiking pole loops, which are really fantastic because I like to be hands free to soak in the views above treeline. I’ve even filled it with a blanket, wine and crackers for a relaxing day at the park. As for style, my preference is the apple-moss because it matches my backpacking pack, and it also features a cute flower hair tie! They thought of everything!

Let’s talk BEEER! I was in Buena Vista, Colorado when testing the ACT pack. There are fantastic breweries within vicinity, but Buena Vista’s #1 is Eddyline Brewing located downtown. As a hop-head, I highly recommend the Crank Yonker IPA with El Dorado hops for a strong  yet crisp IPA (7.5%, 75 IBUs). Also the River Runners Pale Ale has a big citrus hop aroma with a crisp, dry finish (6%, 50 IBUs). I also tried their rotating tap, 14er Imperial Java Stout! Nomnom! The Arkansas River valley has the highest concentration of 14ers (peaks over 14,000 feet), and this beer stands up to its name, at 8.2% and 3 pounds of coffee per barrel, and roasted chocolate malts make this one heck of a java stout – makes you want to settle into camp next to the fire. I was dying to have their Innerglow Red Chili Porter – but they were all out – I was crushed.