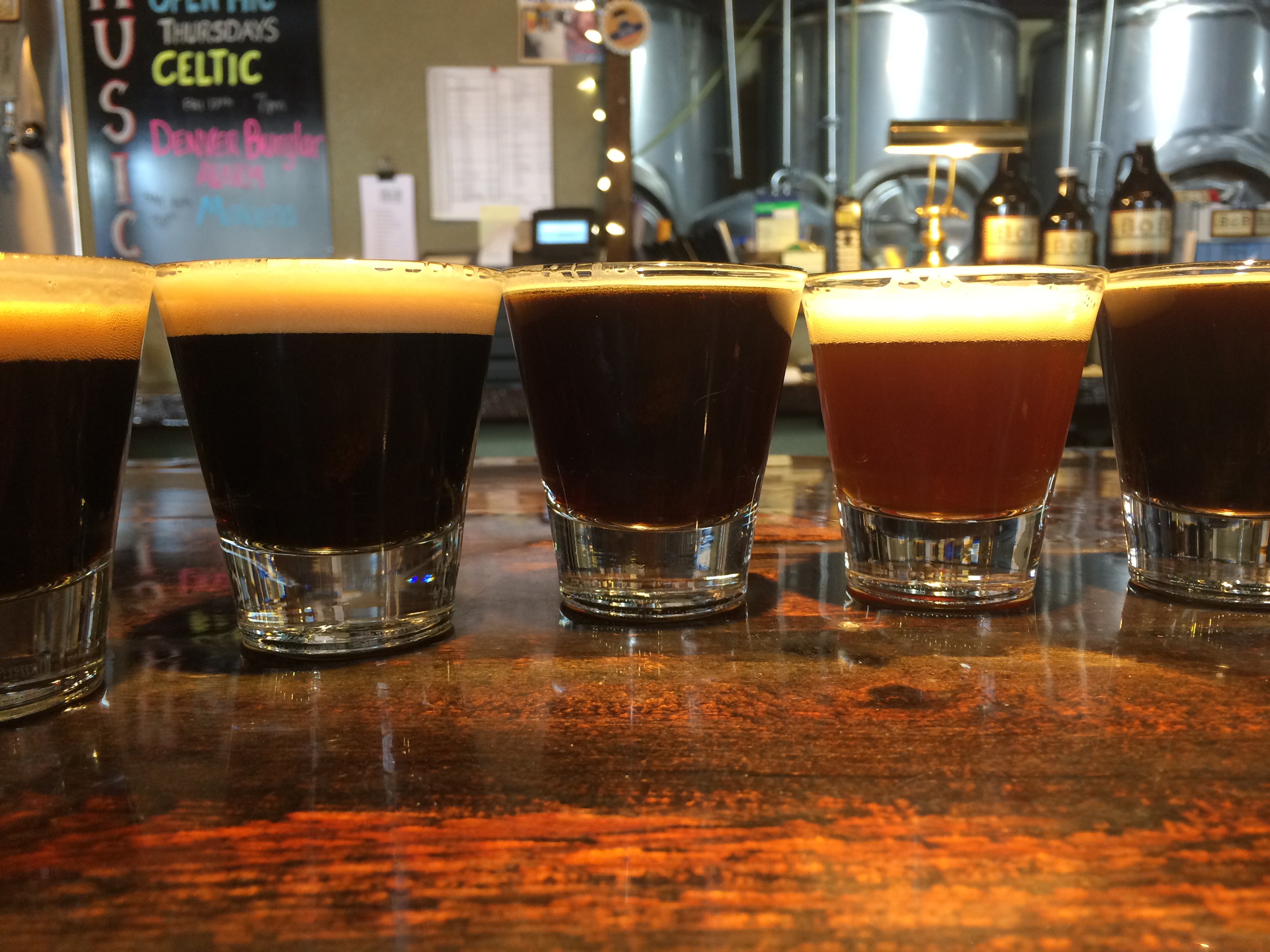 South Broadway in Denver has been slowly gentrifying and shops in the area have been revitalizing – including a brewery that has been on the block for 3 years – The BoB (Brewery on Broadway).

After going into a few shops on the block I meandered into BoB. It was mid-day, but still a good amount of people in the brewery. They have an area for live music (including open mic night), and a back room for a private even (there was a book club going on at the time) and plenty of seating (can’t wait for summer when they open the garage doors).

With many beers on tap, I decided upon a sampler including their darker beers (I was in the mood). I went with four seasonals including: Meeks Salted Caramel Amber, So Bro Foreign Export Stout, Plum Porter, Black IPA, Nitro Social Club Coffee Milk Stout and Nitro Baltic Avenue Brown.

The Salted Caramel Amber and the Plum Porter with both sour’ish beers. Usually I’m a sour van, but I think the names put me off – not my favorite, but not terrible either.

I’m looking forward to going back and enjoying some live music at the Brewery on Broadway!