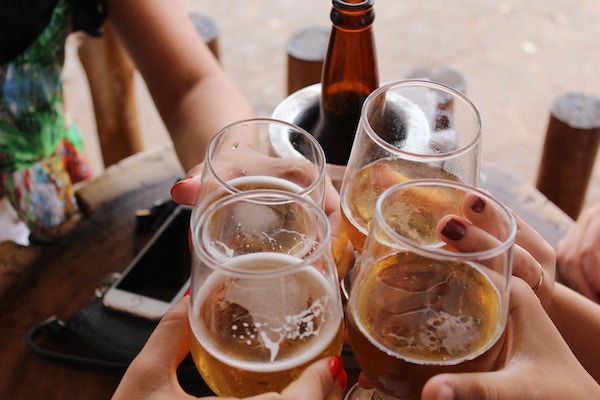 Kansas City’s craft brewery scene has come a long way. Although the first German-style brewery first opened in the city during the 1850s, it wasn’t until the 21st century that a resurgence occurred, cementing this Midwestern city is an unrivaled beer city with a passion for hops. Headed to Kansas City and want to taste your way through a multitude of beers?

Read on for a sampling of breweries with everything under the sun for every beer lover.

Relatively new to the brewery scene, Torn Label Brewing Company opened in Kansas City in 2014. Four friends came together to open their brewery, all with a shared love of beer. At Torn Label Brewing Company, the influences of beer and brewing from cities throughout the world—Belgium, Chicago, Southern California—and combines it for KCMO flair. Some beers on tap are seasonal, such as the Old Believer and Tonguelash. Their current beer of the moment is Hang ‘Em High. For those who’d like to either tour or hang out at the taproom, it’s open Wednesday through Thursday during limited hours.

One of the largest speciality brewers in the Midwest, this brewery first opened its doors in 1989. Founder John McDonald wanted to create a brewery built upon the ethos of fresh and flavorful beers using top tier ingredients. And that he has done. Popular beers at Boulevard Brewing Company include hoppy wheat 80-Acre, berry ale Jam Band, cosmic IPA Space Camper and their original Pale Ale. Tours of the taproom are available upon request.

The shared entrepreneurial spirit and love of beer is what drives Calibration Brewery along as yet another place for drinking ales in Kansas City. On any given day, Calibration has six beers on tap, a good mixture of IPAs, Ales and even a Hefeweizen. Seasonal brews such as grapefruit IPA Whole Lotta Love and Belgian-style saison Here & Now round out their offerings.

With a tagline of “refuse to be defined,” Limitless Brewing is committed to making their brews unique and unforgettable. Limitless has only been open for seven months and already is making an impact on the Kansas City metro area beer scene. While the name is a tribute to the brews, it also one of the perseverance and faith that it took to open the brewery. Current beer selections include Pink Guava Blonde Ale, Black Lager, Cookie Stout, Brut IPA and more. Limitless Brewing’s taproom is open Monday through Sunday. Check their website for times.

Found in the St. Lee’s Summit pocket of Kansas City, Fringe Beerworks has been producing beer and tantalizing taste buds since 2016. Co-founders Mark Myers and Eddie Pease are behind the brewery’s vision. A wide variety of beers can be had at Fringe such as a grapefruit wheat pale ale, an English bitter, a freshly squeezed cherry limeade pale wheat ale and more. Fringe Beerworks tap room is open Sunday through Thursday and Friday and Saturday. Check their website for exact times.

Located in the Olathe area of Kansas City, Red Crow Brewing Company has a strong commitment to serving stellar beers, local wine, ciders and local eats all in a relaxed environment. A true testament to brand and top notch product they’ve created, one challenge Red Crow has faced is keeping up with the pace of their business. Red Crow first opened in Spring Hill 2015, quickly outgrew that space and relocated to their newest location that opened in late 2018. The seasonal brews are the favorites at Red Crow—oatmeal stout Sybil and Elizabeth saison are a sampling of those. But not only can you get the libations of your choosing. Red Crow organizes rotating food trucks to station near their location. The taproom is open every day except for Monday.

Among the hustle and bustle of Kansas City’s River Market you’ll find a brewery—Strange Days Brewing Company to be exact. The location of the brewery is not only a hot spot but serves as a historic nod: a portion of the renewed and historic Muehlebach Brewery & Schlitz was once housed in the exact same space. Although the ethos of Strange Days is quite literally embracing the strangeness around us and in our world, beer lovers might be either surprised or pleased (or both) to find that their business tend to have a global influence. From traditional global styles of beer, to global flavors and spices, the beer created here is like tasting the world. On average, nine beers are on tap, including IPAs, lagers, stouts, pale ales, American ales, English ales. You’ll also find a Belgian table beer and a gose, or a German style wheat ale. There’s a little sip of beer for everyone.

As you can see, Kansas City is a destination every beer lover should cross off their list. So much so, you may end up relocating permanently. Aside from beer, you’ll have plenty of must-see attractions as well!