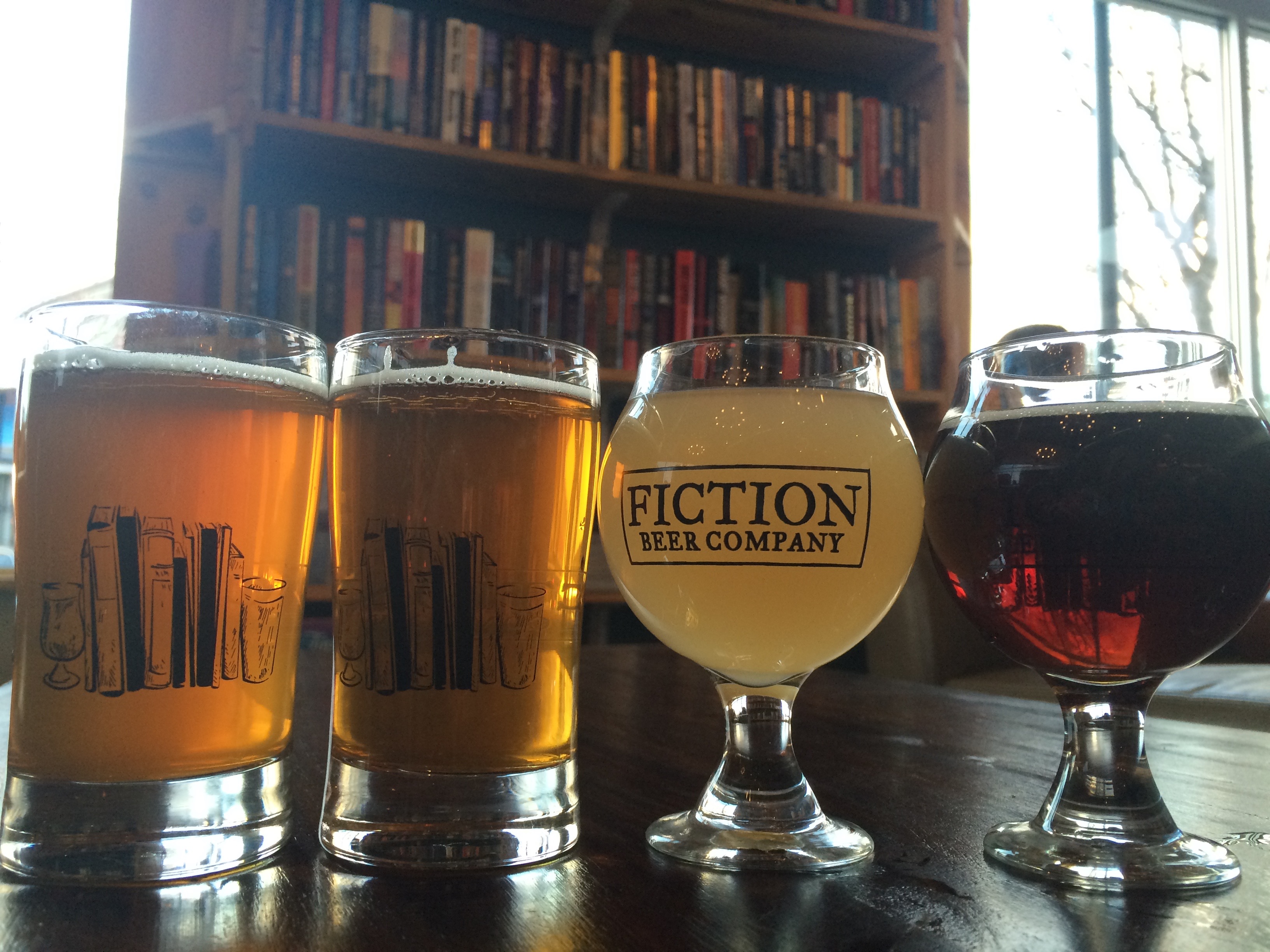 As more and more breweries in the Denver area pop up, I get the wonderful opportunity to travel (by scooter or bike) less than a mile to breweries near my home. In my neighborhood, Fiction Beer Company has a unique vibe goin’ on. With book making up the bar top, and book shelves lining the wall it’s a quite place to have a good conversation or curl up on the couch with a book and have a beer.

I had a sampler of a few of their beers including: The Dreamer – India Pale Ale, Twilight Superstition – Sour Pumpkin Ale, Old Bums and Beat Cowboys – Pale Ale, Feely Effects – Green Tea Chocolate Milk Stout and Waves and Ripples – Gose.

Opening in September of 2014, they have some interesting beers and a unique style of beer geeks and book geeks (their words, not mine!). I’ll be back to try some of the up-coming beers that are fermenting.