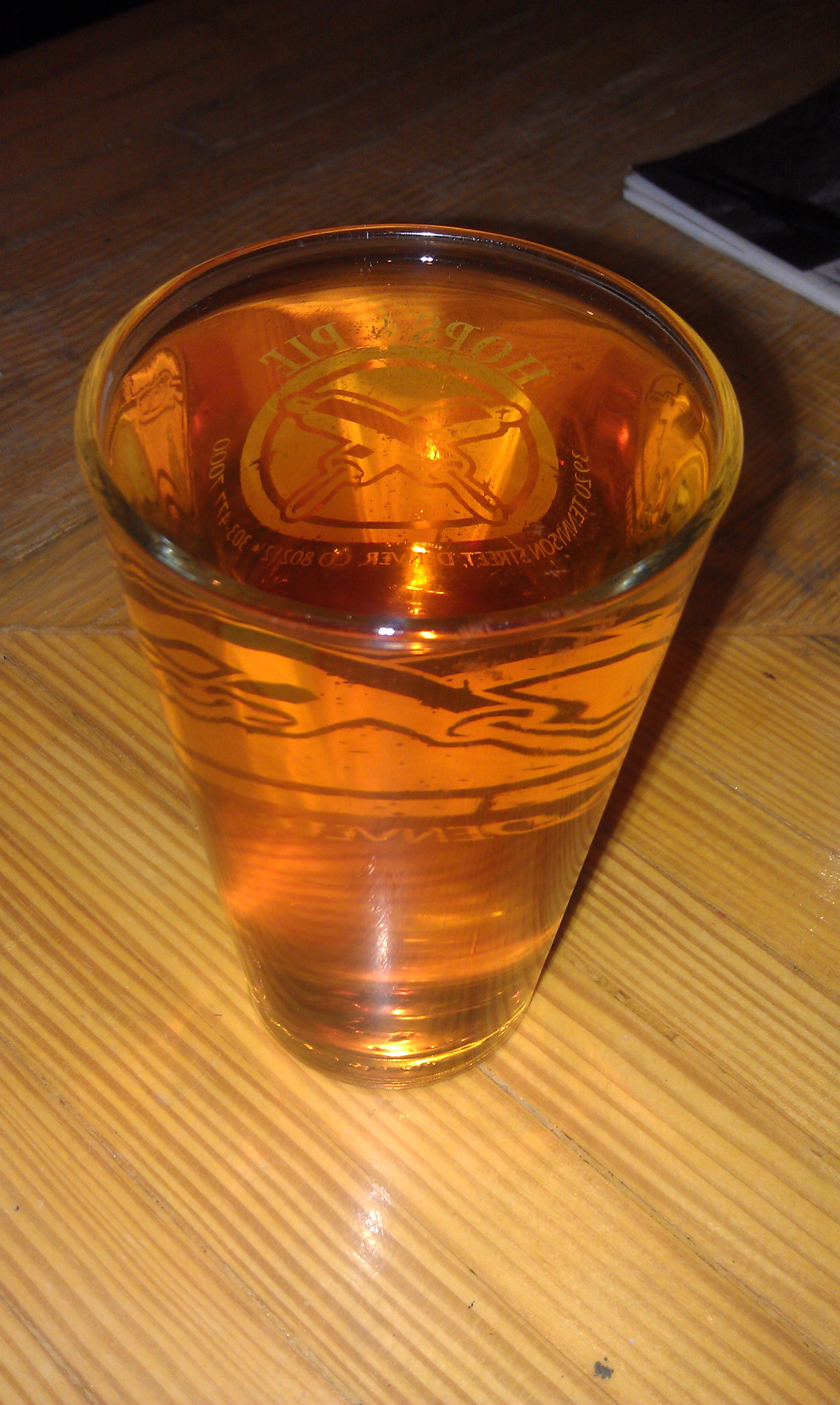 Sour beers are interesting; you either love them, or hate them, or (hopefully) learn to appreciate them.

The first time I tried a sour at GABF in 2010 with BeerSnobDaddy I said aloud, “Why is this even a beer?” But I’ve grown to have a great fondness of sour beers, and Petrus is a sour worth seeking out.

Petrus Aged Pale (Flanders Oud Bruin) from Brouwerij Bavik in Belgium. It’s gold in color, with just enough head on the pour. It’s aroma is sweet and tart, with green apple, citrus and a bit of oat (it’s been aged in an oak barrel, so I’d think so!). It’s sour, but not too sour, very smooth and drinkable. Someone said to me it tastes like a Sweet Tart to them. 7.3% ABV.

A little about sour beers: brewing is done is a sterile environment, sour beers are made by allowing yeast strains or bacteria into the brew. Often times brewers will add fruit, like cherries or raspberries during the aging to cause fermentation. These beers are unpredictable and take months to ferment and sometimes years to mature.

The next time you come across a sour beer, really take the time to smell and taste what’s in your glass. Enjoy!