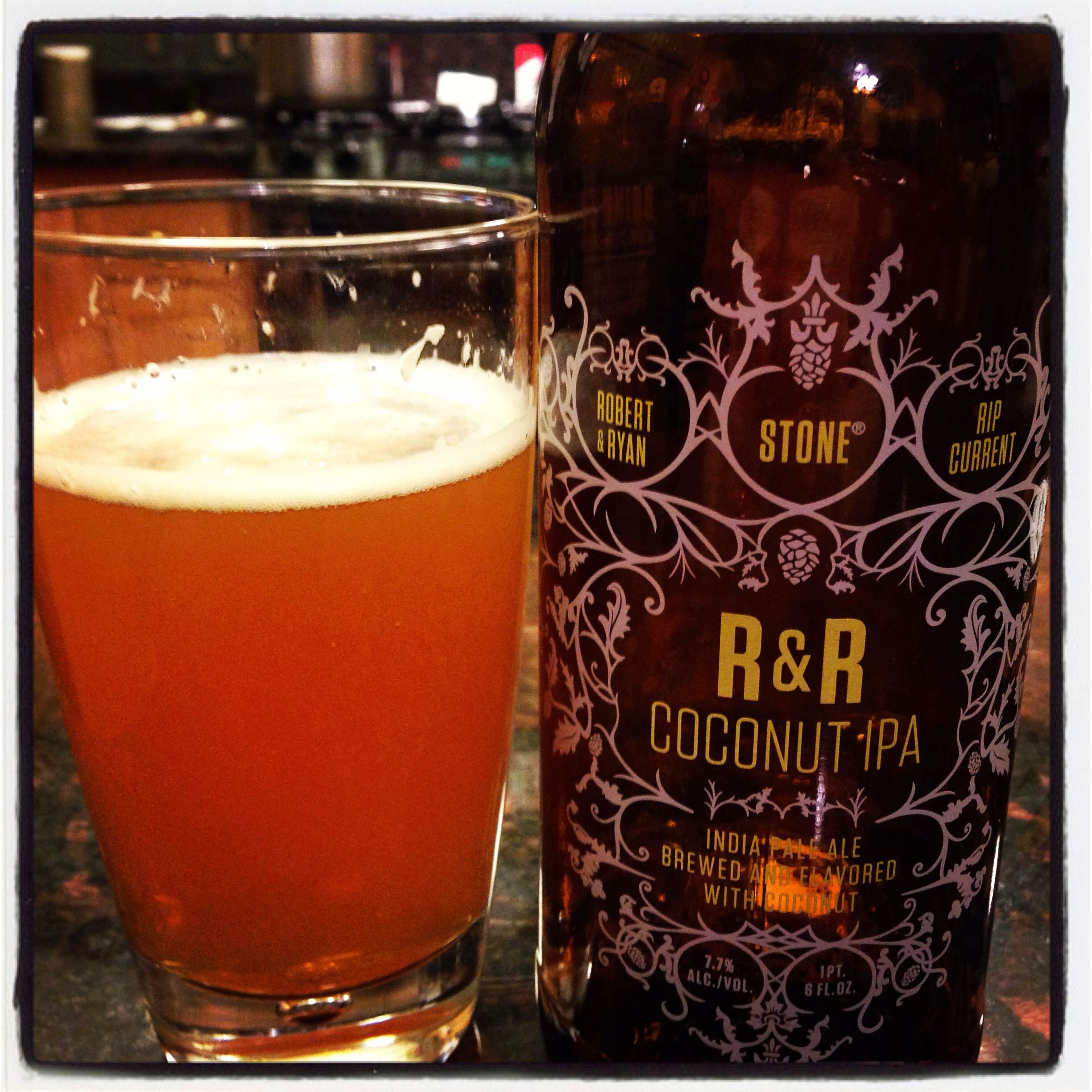 IPA. IPA. IPA. I love IPA’s! And, I love IPA’s with a little twist – or should I say – with a tropical twist (I’ve been a bit chilly this winter!). R&R Coconut IPA is a collaboration brew including homebrewers Robert Masterson and Ryan Reschan, Paul Sangster and Guy Shobe of Rip Current Brewing,  and Mitch Steele of Stone Brewing Co.

R&R is a refreshing change to the typical take on IPA’s. It’s brewed with 280 pounds of coconut and an  blend of hop varieties.  With a nice aroma of coconut and tropical fruit. The taste is mild coconut up front and the finish is bitter, dry, and hoppy with lingering coconut. It’s definitely not overwhelmingly coconutty. It’s 7.7% ABV and 90 IBU’s.